by hgteam
Hyderabad: with gusto. Filmmakers are picking up projects where they left off before lockdown, to try and wrap up films for release without delay. Big films such as “Ghani”, “F3”, “Lakshya” and “Major” have entered final schedules of shoot in the month of July. Producer D. Suresh Babu, whose film “Narappa” is now set to... Read More 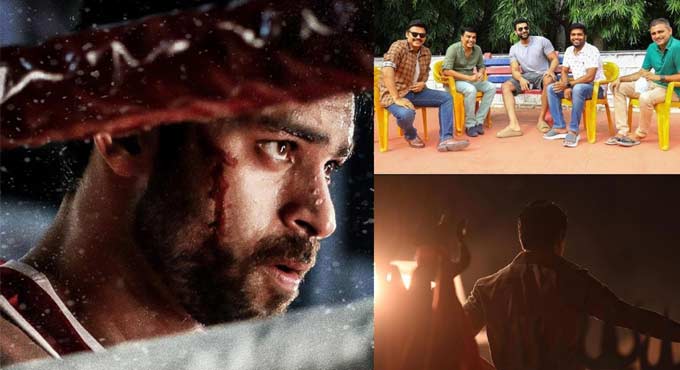 Hyderabad: with gusto. Filmmakers are picking up projects where they left off before lockdown, to try and wrap up films for release without delay.

Big films such as “Ghani”, “F3”, “Lakshya” and “Major” have entered final schedules of shoot in the month of July.

Producer D. Suresh Babu, whose film “Narappa” is now set to release digitally, explains how the team planned shoots in a way so that everyone remained safe through the first and second wave.

“When we were shooting before the first wave, there was a village five kilometres away from where we were shooting and there was news that two people had got Covid. The whole unit left overnight. We had about four days left. If you see, Venky (the film’s hero Venkatesh Daggubati) has two looks — a bearded one and one without beard. Our idea was to finish portions with the bearded get-up first and come back. But the whole unit was so scared that we cancelled the shoot,” Suresh Babu tells IANS.

He adds: “We waited through the first wave, and when normalcy was restored, we first shot portions where he had his beard. We took a break, and then started the parts where he didn’t have a beard. While we were closing up, the second wave was starting and we had bits and pieces to do, so with great caution we had to work on that.”

“The entire post production was done in the second wave. We were scared to go for background scores because those days, the cases were on a high. Things have now become better but again, we don’t know when things are going to be back to normal. One of the reasons why we decided to release it digitally is because we thought people are going to be safe at home. Why not sit and watch it at home?” Suresh Babu says.

Talking about priorities, Sharath Chandra, co-producer of the Adivi Sesh-starrer “Major”, says: “The top priority of any person is to finish the film because there is a lot of dependency on actors. People have to move out of projects and do new projects. So, I think the primary focus is to finish it. Release is something that will happen once theatres open. Of course, everyone wants to release their films when there is a safe environment.”

Actors have multiple film commitments and sometimes it is difficult to give away long dates or continuous hours of shoot to one film. In such a case, director Ramesh Verma, who is directing Ravi Teja’s next, “Khiladi”, says they make do with whichever artiste is present for shooting and let editing take care of the rest.

“We want to finish our shooting before the third wave. All films shooting have started now. We want to finish films as early as possible. If we have one actor available, we shoot with that actor and when the other actor is available, we shoot him. Then we combine the scenes in editing rooms. To finish the schedule in this pandemic, we are planning things in a different way,” says Ramesh, who recently announced the sequel to his film “Rakshasudu”.

Actress Shruti Haasan, who will soon head to Hyderabad for the shooting of her next Telugu project “Salaar”, reveals that she sped up her work at the beginning of the pandemic last year itself.

“I have been like that since Covid started. I am a producer’s daughter but I never acted like a producer’s daughter before and it was really during the pandemic that I was like ‘chalo chalo sunset se pehle yeh shot khatam kar dete hain (come on, let’s wrap up this shot before sunset)’. I just want to finish work and move on to the next thing. I want people to see my work. I have always valued my work but this phase has doubled that up in me. We’ve started realising the value of work, and the things we took for granted, like being on sets and having a film release on time,” she sums up.